For the latest COVID-19 impacts across Queensland click here

Tony hits the right key helping those who need it most 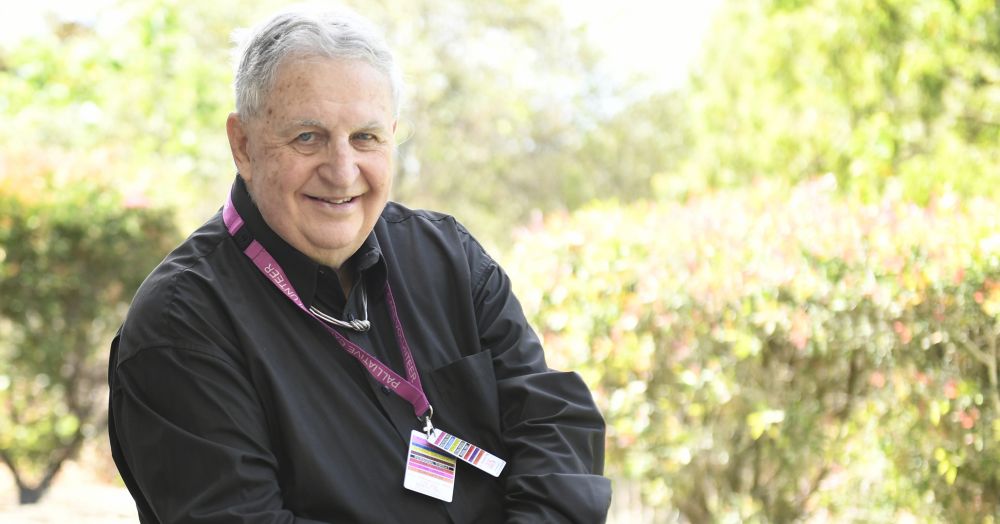 If you ask palliative care centre volunteer Tony Hallo why he was named Senior Citizen of Townsville 2022, he’ll tell you he’s not sure but on chatting to him for a short time the reasons
become abundantly clear.

The church minister of 54 years can be found on Fridays sitting at a piano in the palliative care centre playing music for patients, family, and staff and when he’s not volunteering his time with us, he’s carrying out caretaking duties at a local church, working as a chaplain here at TUH or visiting war-torn Ukraine.

‘‘I’ve played right here at this piano since the centre opened in 2009,’’ Tony said.

‘‘I’m almost 80 and this is a wonderful place to be so if I can keep volunteering here I will.’’

Tony said he often faced the wall as he played and paused to turn around and speak with patients, family, or staff had settled in a chair to enjoy his music.

‘‘I’ve had doctors collapse into an armchair and sigh heavily with one saying ‘every Friday morning I wake and think how great, today is piano day’.

‘‘I recall one day many years ago very vividly. I was playing and I could hear chairs shuffling and scraping behind me so I was curious to know what was happening.

‘‘When I turned around, I could see an elderly woman and man holding one another in a tender embrace their daughter was also in the room and she turned to me and said, ‘Thank you. You’ve just given my parents their last waltz together’.

Tony said he understood the weight of his role volunteering at a centre where loved ones don’t often return home.

‘‘That type of stress on a family is hard to carry and the staff carry a great load, cheerfully, carting deeply. I play as much for the staff who I greatly admire, as for the patients and their families.

‘’It humbles me terribly to think something good is happening here from my music.’’

Having visited the Ukraine as recently as May, Tony said he hoped to return soon.

‘‘I’ve visited the Ukraine regularly over the past 25 years as part of my work with the United Churches of Ukraine but what has happened recently is unspeakable,’’ he said.

‘‘When we arrived in May, the people said many people had called to offer help but we came in person and they were so grateful.’’

Tony said he was still unsure why he was nominated for senior of the year but said he loved doing what he did.

‘‘I think it’s a bit hard to receive an award for simply doing things that you love.’’

‘‘While we know Tony’s work outside of the unit is incredible, the joy he brings to us on ‘piano Fridays’ is invaluable,’’ Richard said.

‘‘Every note he plays is a pleasure and his bright, infectious smiles brightens the unit.

‘‘Our volunteers play such an important role in supporting patients, family and staff and we are so grateful for their time.’’

Considering a career in health management?