Pat thanks staff after near-death dashes

A string of near-death dashes has put patient Patrick Whelan in hospital more times than he’d like to count and today he wanted to thank the staff who have saved his life on so many occasions.

“In 2019 I had a number of strokes and spent four months in the Sub-Acute Care Unit,” Patrick said.

“After the stroke I went back to work and I got a little cut in my toe and clostridium bacteria got into the cut. Two weeks later it broke out behind my knee and nine hours later my leg was gone - it was quick; very, very quick.

“By the time I got into hospital and they told me of their decision to amputate, there was nothing I could do.

“It was either amputate or kick the bucket.”

For Patrick, an above-the-knee leg amputation was just the start.

“I flew to Brisbane so the plastic surgeons could close the wound and on the way back they discovered I had a partially collapsed lung, so I had to get that drained,” Patrick said.

“Turns out that there were a few more surgeries to come after that because I had a tumour was discovered, then removed, not long after Brisbane, then not long after I decided to stop the old ticker and had to be resuscitated in post-acute care.

“I thought, ‘does anyone mind if I turn blue?’”

Patrick said despite it being ‘a tough couple of years’, he was thankful to everyone at Townsville University Hospital.

“I just want to say thank you to staff overall; thank you for keeping me alive, each time,” Patrick said.

“I just have so much appreciation for all of their care.

“It really is a great collection of staff – from the food staff, to the doctors and nurses – it’s the whole package here.

“Especially Lindsay, Dr Karen and Dr Ally here in the Sub-Acute Care Unit – without them, I think I would have gone nuts by now.”

As for words of wisdom after so many brushes with death, Patrick had this to say:

“I’ve had a pretty good adventure so far and God knows I’ve had a good dose of pain, but the one thing I’ve found is… if you’re not living your life and enjoying it, what are you doing?” 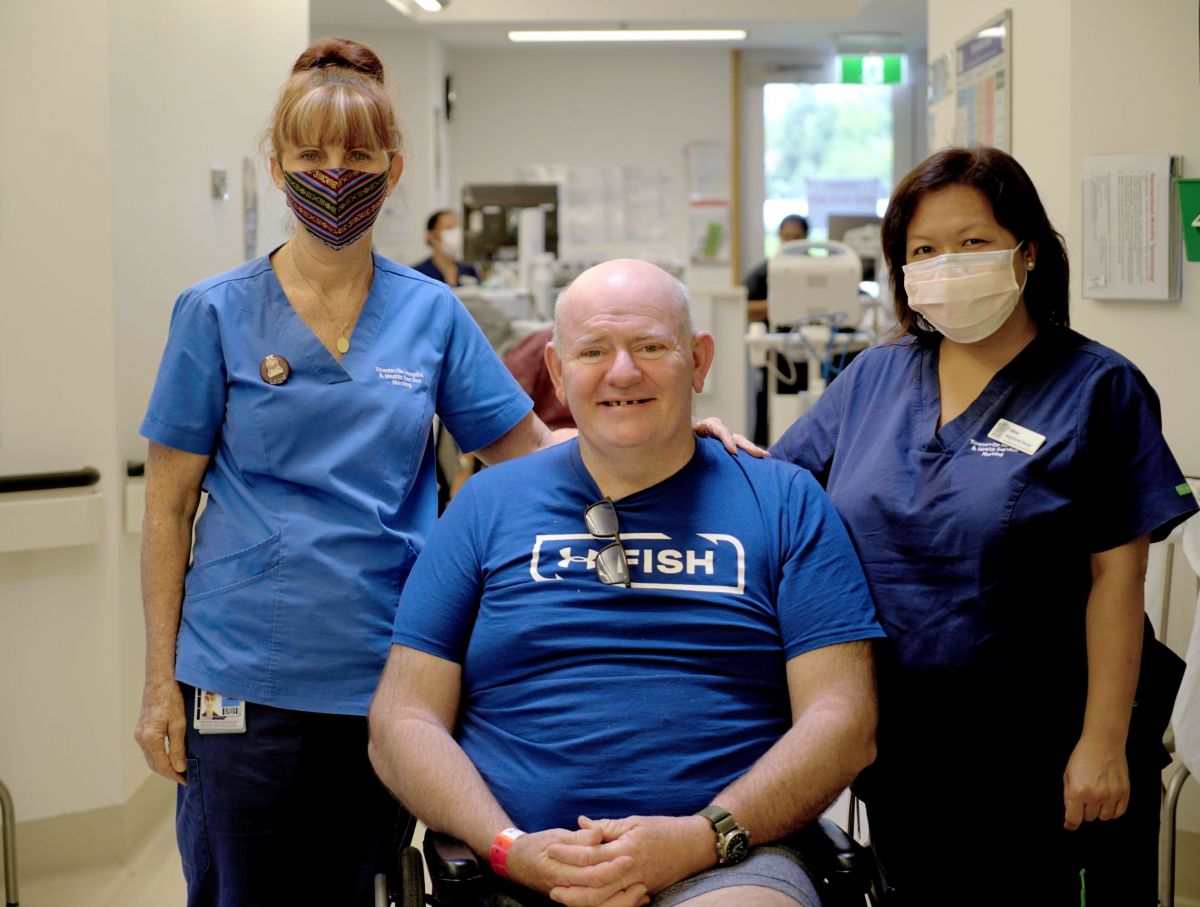 Pat thanks staff after near-death dashes