For the latest COVID-19 impacts across Queensland click here 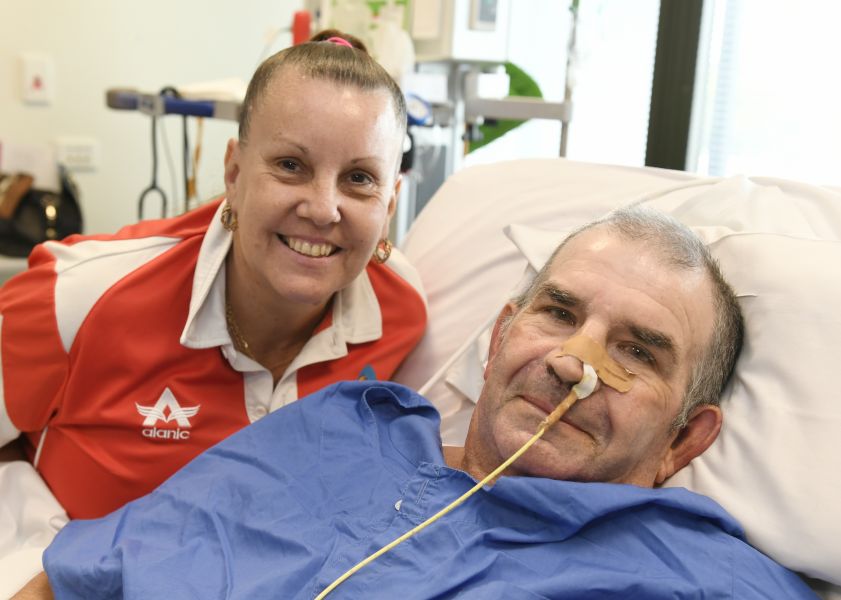 Three weeks into his stay in the intensive care unit (ICU) at Townsville University Hospital, Alfio ‘Fred’ Leonardi was not responding to treatment and the marathon runner’s family was facing the possibility of him not coming home.

Presenting to the emergency department with tingling to his hands and feet in August, Mr Leonardi’s symptoms matched those of Guillain-Barré syndrome – a rare disorder where the body’s immune system damages nerves – but the usual treatment wasn’t working and soon he couldn’t walk or talk.

It was a suggestion that Mr Leonardi may have an incredibly rare plasma cell disorder, known as POEMS syndrome, which saw him start chemotherapy as treatment, leave the ICU, and step down to a medical ward after 58 days. 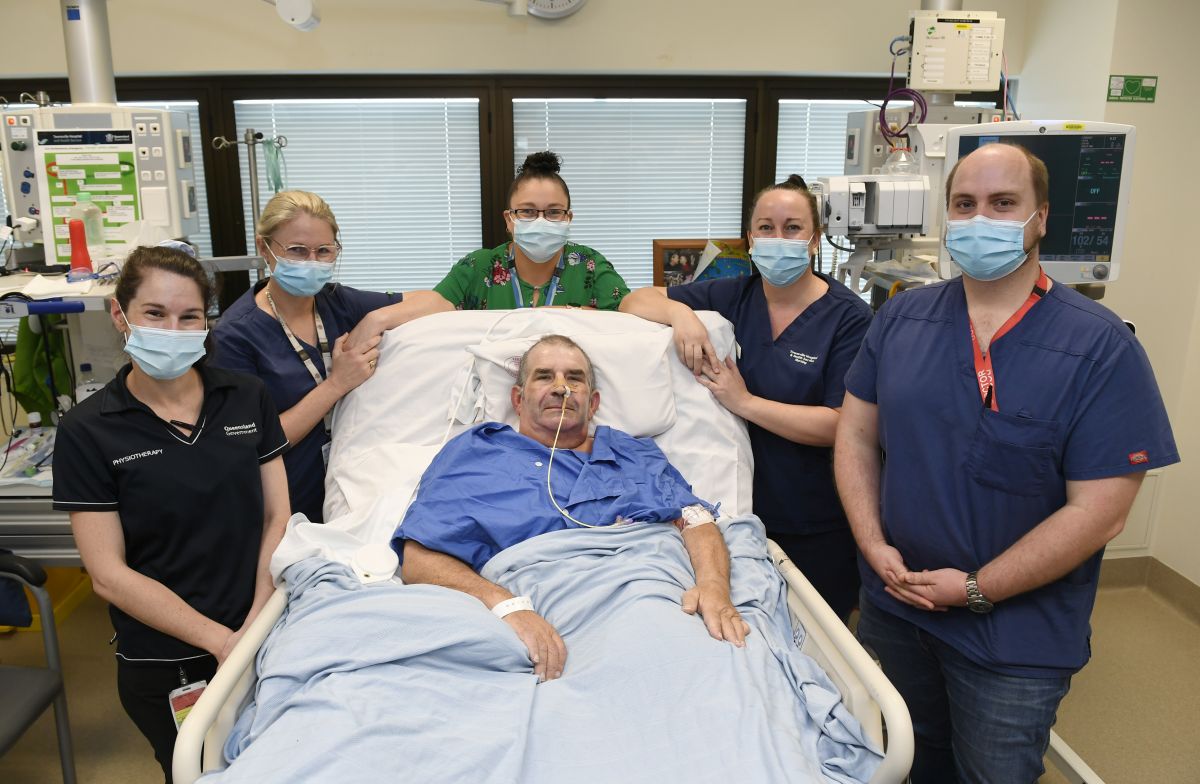 “But the second thing is that I’m leaving a great group of people who really got me through a lot of tough stuff. The staff have been marvellous; they’re all cheery and all smiles and lift you up.

“In the situation I’m in you don’t need any negativity and my wife has always been there with a smile on her face and that’s what keeps you going.”

POEMS syndrome is named for the major signs and symptoms of the disease, including polyneuropathy (damage to nerves in the same areas on both sides of the body) which was the first indication something was wrong.

Mr Leonardi’s wife Susan said she got the call from her husband in the afternoon saying he would be home early from work.

“He didn’t say anything in the morning before he went to work, but he called to say he was coming home because he had woken with pins and needles in his hands and feet and it was starting to get painful,” Mrs Leonardi said.

After a heart attack in December last year, Mrs Leonardi was prepared to call the ambulance to take her husband to the hospital, but she waited like he asked and let him take a shower to see how he felt afterwards.

“I checked on Fred after his shower and he was still feeling no good, so we called the ambulance to bring him to hospital. They did the checks on his heart, everything was looking good, but they didn’t know what was wrong because the pain and the pins and needles were getting worse,” she said.

“It took four days from Fred going to hospital to then being put on full life support.”

It was a far cry from the man who just two weeks before had completed the 42-kilometre Paluma Push and a five-kilometre fun run.

Lesions on Mr Leonardi’s back, combined with the pins and needles and his other symptoms, lead treating clinicians down the track of POEMS syndrome.

Haematologist Dr Joel Wight said POEMS syndrome was so rare that he only knew of two other cases being treated at Townsville University Hospital.

“POEMS syndrome only occurs at an incidence of around one per 300,000-500,000 people and in Fred’s specific case, was a very unusual onset,” Dr Wight said.

“POEMS usually progresses quite slowly, but for Fred his onset of symptoms escalated quickly which means we’re not sure how his recovery will go.

“What is encouraging is that Fred is responding really well to treatment, he’s gone from only being able to shake his head to being able to lift his arms.

“Fred will continue with his chemotherapy and get a stem cell transplant which will hopefully eliminate the abnormal cells which cause the illness.”

Dr Wight said he wanted to acknowledge the hard work of registrar Dr Adam Walsh for his efforts working with the clinical team in diagnosing Fred which led to the effective treatment.

“Dr Walsh did a deep dive into Fred’s case and his symptoms and didn’t let it go until we had this diagnosis which has allowed us to begin treatment and get Fred out of the ICU,” Dr Wight said.

For Mr Leonardi, the future looks a bit daunting but with his family he plans to tackle recovery head on.

“I would like to write a book about this experience,” Mr Leonardi said.

“It is something people can learn from, something to share with people and something that they could maybe get a snippet from that can help them with whatever they’re going through.

“I’ve also got grandkids who are very young, and I want to leave them a legacy, something from the past from me.”

Mrs Leonardi said her family would always be grateful to the staff who cared for her husband at Townsville University Hospital.

“If it wasn’t for the staff in ICU getting Fred through everything and being there to support me, I wouldn’t have gotten through this,” Mrs Leonardi said.

“The family and community support has been unbelievable too.”